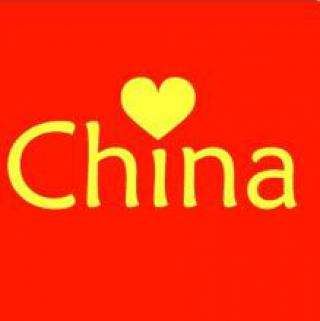 "[图片] Chronic diseases with non-bacterial inflammation as the main feature can be treated well in the silent process of moisturizing. We know that most ...."

19、Chronic diseases with non-bacterial inflammation as the main feature can be treated well in the silent process of moisturizing.

Chronic diseases with non-bacterial inflammation as the main feature can be treated well in the silent process of moisturizing. We know that most of the acute (bacterial) inflammation caused by pathogenic microorganisms involved in infection can basically be solved by western medicine. However, various functional organs and organ tissues that have no direct or indirect connection with the outside world (such as the skin surface, digestive tract, respiratory tract, reproductive tract, etc., are still connected to the outside world), appearing without the participation of exogenous bacteria Most of the non-bacterial inflammatory lesions are caused by the evolution of poor blood quality. In the case of helpless treatment with antibiotics, we found that continuous drinking of Teadenol is effective!

After drinking Teadenol for about 1 to 2 months, I found that my blood quality became better, and my spirits and spirits were also exuberant. In fact, the blood content at this time has actually improved. In a progressive time comparison, the content of TC, TG, and LDL-C is gradually decreasing, especially HDL-C (good cholesterol) is gradually increasing. When the content of HDL-C increases, it shows that the ability of reverse transport of intermediate nutrients, cell metabolites, etc. along with the blood circulation is sufficient (large), and it can also be understood as the ability to transport backwards (relatively greater than the forward transport capacity) Before leaving the porridge.

The previously damaged and diseased tissue necrosis is degraded and transported out in reverse. The transport mechanism is based on the automatic regulation mechanism (self-healing power) of the individual organism, and it can only be the basis for maintaining good blood quality. On, unconsciously proceed! Cell metabolism, cell growth, and replacement of new and old are completed under the nourishment like sunshine, rain, and moisturizing!

Microvascular atherosclerosis caused by poor blood quality, resulting in microvascular damage, and various chronic inflammatory symptoms centered on this focal point. With teadenol for 6 to 10 months, most of them are quietly reversing the conditioning process. Disappeared. The effect of this moisturizer in regulating cells and cell mass metabolism syndromes is done in the whole process of maintaining the vitality of the human body under the premise of good blood quality. The process and results are unparalleled! However, during the second 10 months and the third 10 months of drinking, the "reverse inflammatory response" experienced during the "improvement reaction" process needs to update one's own cognition.

There are differences between Chinese and English languages, and the translation may not be able to fully express the willingness, mainly in Chinese and Chinese. If you have any questions, you can contact E-mail 3386241778@qq.com, take screenshots and give feedback on the problem, we will have a specialist to check it carefully every day.

19、Chronic diseases with non-bacterial inflammation as the main feature can be treated well in the silent process of moisturizing.